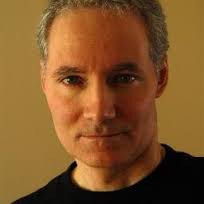 Zombie Apocalypse, eh? what's that aboot?
This Canadian writer found me on wordpress, or i should say we found each other. The topic that brought us together was "zombies". I was impressed with his writing style and when i heard he was coming out with his book "Ranger Martin and the Zombie Apocalypse" i was anxious not only to read his book, but to get to know the man behind the writing.
The book comes out October 22nd, 2013. I was honored with the chance to be a beta reader and review his first novel.
Ranger Martin and the Zombie Apocalypse is not your typical genre rehash of things you've seen, heard, read before. From the first time i popped open the book, i was glued to the pages. The story is chock full of action with a glorious smattering of gore.
Our hero comes out of the carnage like a lone wolf, who was once a truck driver when the world was normal; but is now a gun-toting action mongering maggot-bag exterminator who seems to be born for this sort of work. Ranger (yes, that's his real name, ask him about it sometime), is not a lone wolf. In fact, his back-up is a teen-aged wiz kid named "wildside". Ranger also encounters another teenager named Matty and her little brother Jon who become unlikely allies. The mysterious Randy, who awakens in a ravaged prison, tries to discover who he is and teams up with Ranger and his team.
The perfect, Apocalypse Family, living inside an abandoned government missile silo; searching for the cause of this undead pandemic. Flacco's characters are strong and believable. Ranger reminds me of a cross between "Tallahassee" from Zombieland crossed with "Uncle Red" from "Silver Bullet".
An enjoyable read, and nothing that you would expect from this action packed, dark humored zombie series. 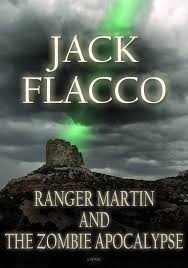 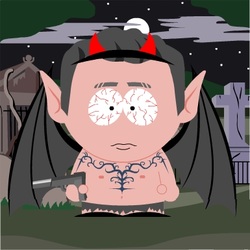 A very talented southern gentleman from the cobblestone streets and gothic air of New Orleans, David Moore has been great support to myself as well as other writers in the field.
He has authored two books of prose and poetry.

From the Midst of the Maelstrom. His first book which definitely defiines the voice within Mr. Moore's soul. a jazz infusion of Poe and Shelly, this one is sure to please. 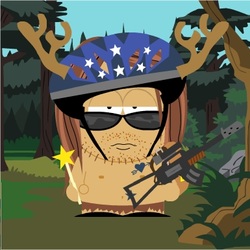 Robin hails from the west coast. I've never met a man more in touch with nature than him. His gift is being able to infuse his love of nature and the emotional and spiritual bond within all of us.
His writing really struck a chord with me early on and i'm blessed to know him.

Lapis Buddha. a collection of Robin's Poetry  that ranges from the awe-inspiring journey into the depths of  the forest  in his epic   'Stand with Giants'  to the mind awakening surrealism of poems such as  'Aqua'  or  'Marble'  .  His sensual side casts a light upon the heart in the delicate beauty of 'Linger' or his capture of lost love in the black and white  memories of 'Celeste'  .  Robin's philosophical mind combines with his natural spirit ,  touching the soul  within his California Koans .

copies of his book are available online and signed copies available from the author's website on the link above.

A passionate poet who can "old school" on the mic like the beat poets of yore. Mark has been a long time friend of mine since high school. He has published several chap books well worth the money to pick up. His most popular is "Angel's Syllable is Good Boss"
**UPDATE** Mark is releasing his new book "4D" and will be having a release party May 21st at the Coffee Grounds in Minneapolis. 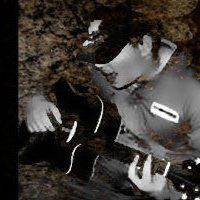 Deep in the heart of Texas comes a poet in the heavy weight status of word-slinging. An accomplished poet both on and off line. No one can spit out the words and emotions like him. Check out his current book "American Scrap-Dragon" a collection of his works with an upcoming book to hit print soon.
Visit his site here at R.G. Johnson's Poetic Slaughterhouse 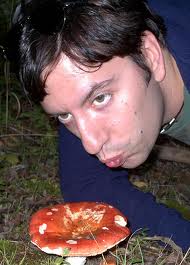 Fellow Minnysotean and a friend good enough to call "brother"; Justin has been writing since he could sharpen pencils with his baby teeth. An accomplished writer himself, he's a regular contributor to "The Whistling Shade".
I can't say enough about his talent, only that i am lucky enough to receive some of the most creative and odd holiday and birthday cards evah from him.
An avid outdoorsman, nature lover, and connoisseur of fine ales (arrrr); He now resides in the pacific northwest where he befriends manatees with his sweetie, and chases after the elusive sparkly vampire and barechested werewolf.